We use "cookies" to facilitate your browsing and to show you content that may interest you. By using this site, you agree to use of cookies.
Mission and Values
Management Team
Board of Directors
Shareholders
History
Careers MIROSLAV VICHEV is a Chief Executive Officer of the payment and card operator BORICA. He has over 30 years of experience in the field of information technology for the banking sector. Before joining the company, he held a number of leadership positions - Head of “Applied Systems” at the Bulgarian Postbank, Director “Management Consulting and IT” at Deloitte & Touche, Head of “Consulting Department” at Microsoft Bulgaria, IT Director at HVB Bank Biochim, CEO of DSK Bank. He was also a member of the Supervisory Board of the “DSK Rodina” pension company, member of the Board of Directors of the “Cash Service Company AD” and a member of the Board of Directors of OTP Bank (Russia), Deputy CEO of "Information technologies and Operations" of OTP Bank (Hungary). In 2021 Mr. Vichev has been awarded as “Manager of the year” in the most prestigious business contest in the country. He is a former graduate of the Technical University of Sofia. MARIAN CHOLAKOV is a Chief Director of “Operations” Directorate at BORICA. He has more than 20 years of experience in the field of card payments, payment systems and information technologies in the banking sphere. He has worked in BORICA since 1993, with main occupation - development and maintenance of ATM software. Since 2008, he had been Head of the “Real time and financial servicing system”, where he was responsible for IT and operations of the BORICA card system. After the merger of BORICA and Bankservice in 2010, he became Director of “Administration and operation of systems” Directorate, responsible for the operational servicing of the payment systems: BORICA, BISERA6 and BISERA7-EUR, as well as for the IT infrastructure of the card services, provided by the company. He graduated from the Technical University of Sofia. IVAYLO DEKOV is a Chief Director of the “Infrastructure” Directorate, with more than 20 years of experience in the field of information technology in the areas of system integration, project management, customer service and people management. He started his career in the banking sphere, where he implemented card payment systems at Bulbank and BNP-Dresdner Bank. Later he joined Hewlett-Packard in Bulgaria, where as Project Manager he introduced a number of significant IT projects, including a real-time payment system at the central banks of Macedonia, Serbia and Oman, as well as a system for budget payments to the Ugandan ministry of economy. Ivailo's management career goes through the positions of Manager of IT consulting department and Director of Global Solution Center at HP, Chief Customer Services Officer at Blizoo and Director IT Operations and Support at DSK Bank. He graduated from the Technical University of Sofia and the MBA program at Warwick Business School in England. NELI YOLOVSKA is a Chief Director "Sales". She joined the Company in 2017. Since 1993 Neli has been part of the largest media group in Bulgaria in the field of Information Technologies - IDG Bulgaria (ICT Media), and for 10 years she has successfully managed the leading IT media in the country – the magazines CIO and PC World, Computerworld newspaper, www.idg.bg and others. In 2007, on initiative of ICT Media and with Neli’s active participation, the CIO Club was founded, as it operates until now. Her experience goes beyond Bulgaria’s borders, as part of the management team of a large software company. She graduated from the Technical University of Sofia as master of Information and Communication Technology, Programming. RADOSLAV DIMITROV is director of the "Cards and Terminals" Directorate at BORICA. He started work at the company in 2002 as a system operator. In the period 2005 – 2009 he was an administrator of "Real time and financial servicing system", where he was responsible for the administration of the BORICA card system. In 2009 he headed the “Card Payments System Administration” department, and in 2016 he was the Head of the “Card Products and Services Development” department. Currently, he manages one of the key directorates in BORICA – "Cards and terminals". The efforts of his team are focused on the development and implementation of innovative payment solutions. He has a master's degree in "Telecommunication Management" from the New Bulgarian University, as well as a number of specializations in the field of card payments. PETАR BUROV а the director of the "Software Services" directorate at BORICA. His career path began in 1994, as a developer of banking information systems. Passed through all levels of the IT hierarchy in the teams of some of the largest banks in the country. He joined BORICA in 2014 as a head of the " Software Applications" department. He currently leads one of the key directorates in the Company - the software department, and is responsible for the development of modern fintech solutions for both corporate and end customers. He holds a master's degree in "Computer Engineering and Technologies" from the St. Petersburg Electrotechnical University and a specialization in "Banking and Finance" from the International Banking Institute. 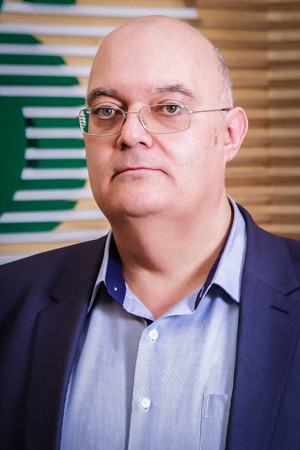 ANDREY DIMITROV is Director of the “Finance and Control” Directorate at BORICA AD. He joined the company's team in 2016, as Head of “Control of Processes and Project” department. He has a great experience – more than 23 years in the establishment and management of companies, management of large-scale projects in the field of information technologies, internal and IT audit, risk management.
He held the position Management Consulting Manager at Deloitte Bulgaria for 8 years, and for the next 5 years he was Deputy Director Internal Audit at Petrol Holding.
He is also managing partner of a number of companies, including the financial company Cashoffice AD, the non-profit Information Systems Audit and Control Association and the consulting Anda Consulting Ltd (part of the international audit and consulting network Nexia International), etc. As Director of Anda Consulting, he was also a member of the Board of Directors of DFK International – EMEA. ANNA ANGELOVA is Director of the “Payment Institution” Directorate at BORICA AD. She has more than 18 years of experience in card payments and retail services in the banking sector.
Before joining the team of BORICA, she held a number of leadership positions  such as Deputy Director and Card Payments Director at Fibank, Retail Banking Director, UniBank, Macedonia, Member of the Board of Directors of the CaSys Operator, Macedonia, Executive director and member of the Board of Directors of Diners Club Bulgaria AD.
In BORICA AD Anna Angelova is responsible for the development of the company's activity as a payment institution. She graduated from the University of National and World Economy, specialty – Finance and credit. VANIA GANEVA is a Director of Payment Services at BORICA. She started working in the company in 2019 as a project manager "Immediate payments in BGN". Prior to that, she had over 30 years of experience in the field of card, payment, and certification services, holding management positions in various financial institutions in Bulgaria. Mrs. Ganeva is a founding member of the Association "Bulgarian Association for Security of Card Payments", a member of the first Executive Committee of Visa Europe member banks in Bulgaria, a member of the consumer committee of BORICA. From 2013 to 2017, Mrs. Ganeva was successively a member of the Board of Directors, and subsequently the Executive Director of SEP Bulgaria AD. Vanya Ganeva holds a master’s degree in Finance from the University of National and World Economy. DANIEL ALEKSIEV is a Director of Fintech Services at BORICA AD. He joined the Company in 2020. In the past 10 years Daniel has held key positions related to the development of digital products and services for the banking sector. He has participated and managed numerous programs focused on innovations and digital transformation. In BORICA he manages the strategic for the company fintech project InfoPay, which is in response to the European payment directive PSD2. MARTIN ORESHARSKI is a Trusted Services Director at BORICA. He started his professional development in the Company in 2007 as an expert in the Sales Directorate. Over the years he has held a number of expert positions, and in 2016 he took over the management of the company's sales offices in western Bulgaria as a "Regional Manager". Its activity over the years is closely related to both trade relations and the development of electronic and certification services offered by the Company. In 2020 he held the position of Business Development Manager, focusing entirely on the development of Trusted Services. He is currently responsible for one of the company's strategic projects related to the implementation of innovative solutions for remote signing and remote identification. He holds a bachelor's degree in Informatics and a master's degree in Business Administration. STOILKA ARSOVA is Director of "National Card and Payment Scheme". Effective from January 1st 2018 the unit reports directly to the Board of Directors of BORICA AD. Mrs. Arsova has 20 years of experience in the banking sector in the sphere of electronic and card payments. Her career began at Roseximbank in 2001, then in got management positions at the Card Center of DZI Bank and Postbank. In 2014 she joined the team of BORICA AD, where she headed the newly formed "National Card Scheme". The directorate aims at developing rules and new business models to support the implementation on the Bulgarian market of new services and transactions of national importance, by introducing an entirely Bulgarian card for payments with the Bcard logo and payment instruments for instant payments by account in account with the Blink logo. Since the beginning of 2017, Ms. Arsova represents the Scheme on the Board of the European Card Payments Association (ECPA), and since April 2020 - on the Board of the European Cooperative Card Payments (ECPC).