We use "cookies" to facilitate your browsing and to show you content that may interest you. By using this site, you agree to use of cookies.
Back

BORICA AD gathers the bank’s elite for its 30th anniversary 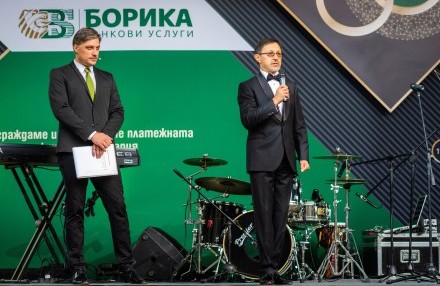 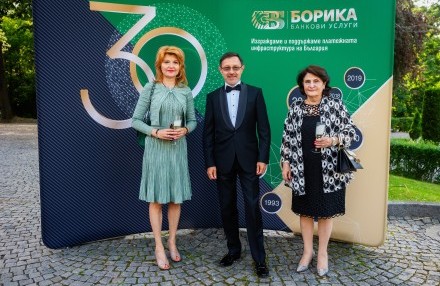 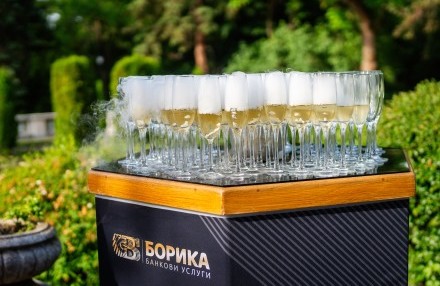 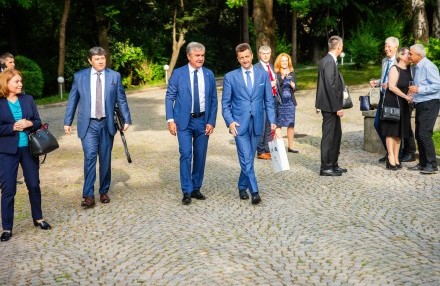 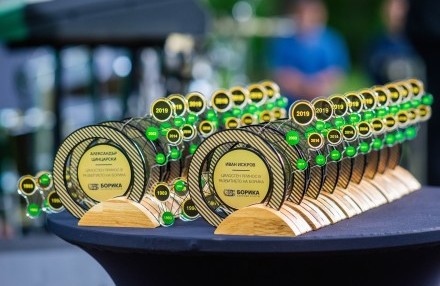 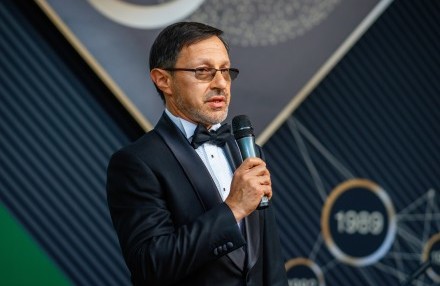 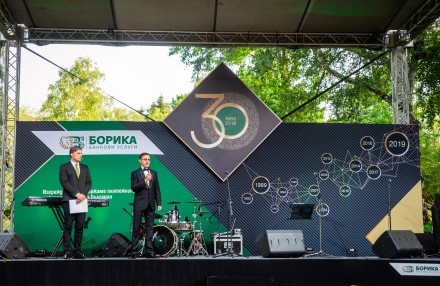 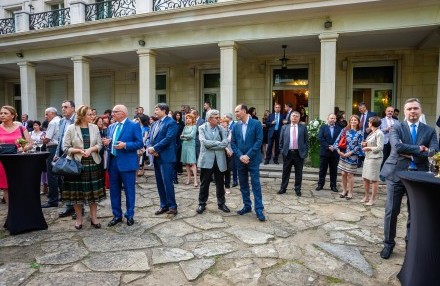 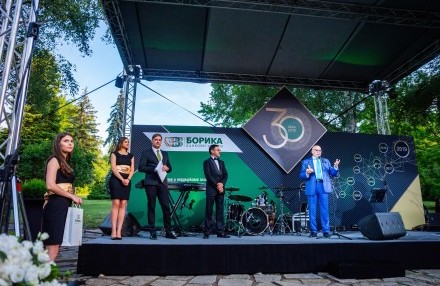 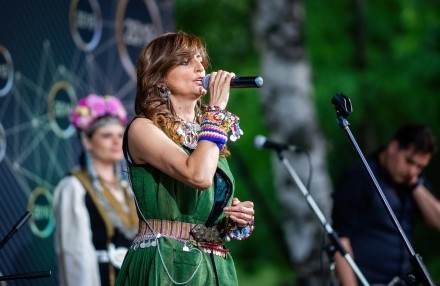 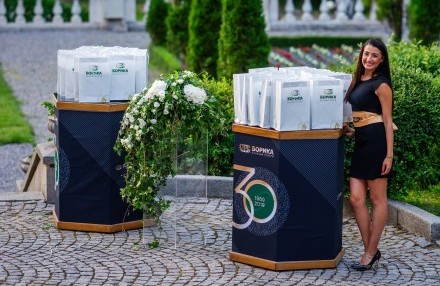 On 12 June BORICA AD celebrated its double anniversary – 30 years from the foundation of the company and 50 years since the beginning of the banking automation in Bulgaria. The anniversary was celebrated with a stylish party at Lozenetz Residence, which brought together senior representatives of the banking community in Bulgaria, employees of the company, as well as people who took key positions in the long history of BORICA AD and contributed significantly to its successful, contemporary look.

The guests of the event received a copy of the book "50 years of banking automation in Bulgaria", specially prepared for the anniversary of the company.

In 1992, the BISERA payment system was established – one of the most modern payment systems in Europe for that period. In the words of its founders, working at Bankservice and the BNB, when established the system for interbank payments was so modern that it got our country ahead of some more developed European countries, such as Germany. Several years later, during the banking crisis in Bulgaria in 1996-1997, BISERA proved to be a major factor for the stability of the banking system and due to its functioning, the crisis was not allowed to grow outside the liquidity problems of the separate banks.

1993 is the year of establishment of the national card operator – BORICA. Founded in the extremely turbulent years of transition, in the conditions of a rapidly changing landscape of the banking system in Bulgaria and in the presence of many and diverse business interests, BORICA became a key national player for our country. It was designed and executed as an important national infrastructure, with an exclusive place and role for the national sovereignty of Bulgaria. "We did not allow a single card transaction to come out of the country", proudly commented on this period of banking system development in Bulgaria the authors and the leaders of the idea of ​​creating BORICA.

Both companies – Bankservice and BORICA, are witnesses of years of corporate changes, launching new products and services and operation in rapidly changing and sometimes rather challenging market conditions. In 2010, the merger of Bankservice and BORICA took place, and 6 years later, in 2016, the business transformation of the merged company started, which led to the creation of a modern corporate structure with modern business behavior. Key moments of the company's recent history include the establishment of the National Card Scheme in 2014, the launch of the New Generation Program in 2017, the acquisition of a national payment institution license during the same year and a number of other important business initiatives.

“The company is unique with its history and its place and role in the market. In fact, there is only one company in the world similar to BORICA AD and this is the Portuguese company SIBS. All other companies in Europe offer only part of the services, offered by us. Today all of us in the company look at new challenges, new ideas and new business horizons”, shared Miroslav Vichev, Chief Executive Officer of BORICA AD.

"A very important moment in BORICA's history is the strategic decision the BNB to possess and develop the payment infrastructure, as well as our payment system to be independent from other card operators. Owning your key infrastructure is a matter of national sovereignty", said Kalin Hristov, BNB Deputy Governor and Chairperson of the Board of Directors of BORICA AD.

The history of the company since the foundation of the BNB Data Processing Centre in 1968 to present, with all key moments of its development, presented through the eyes of the people who worked in Bankservice, BORICA, BORICA-BANKSERVICE, today’s BORICA AD and the BNB, responsible for the important strategic decisions, is described in the book "50 years of banking automation in Bulgaria". It contains many personal confessions, many experiences, many professional comments on the essential and fateful decisions in the history of the company, the political environment, the interactions of various key figures, the establishment of professional services. The book contains 19 interviews with the people directly involved in the development of BORICA AD and its successful history - Aleksandar Tsintsarsky, Chief Executive Officer of Bankservice from 1989 to 2008, Vasil Kolarov, Governor of the BNB from 1984 to 1989, Petar Neychev, CEO of Bankservice AD South from 1989 to 1993, Violina Marinova, Chairperson of the Management Board and Chief Executive Officer of DSK Bank, Member of the Board of Directors of BORICA AD since 2010 and its Deputy Chairperson until 2016, Boyan Baev, Head of "Methodology and Development of B-Trust Services" at Bankservice and BORICA-Bankservice until 2014, Tanya Parvanova, Head of BANKNET at Bankservice AD ​​from 2000 to 2010, Aleksandar Matrozov, Manager of BORICA from 1993 to 2010, Ivan Iskrov, Governor of the BNB from 2003 to 2015, Emil Harsev, Deputy Governor of the BNB from 1991 to 1993, Ivan Valkov, Head of Information Technology Department at the BNB from 1991 to 1997 and member of the Board of Directors of Bankservice, Hristo Kostov, Chief architect of the payment and card operator BORICA, Lyubomir Tsekov, Chief Executive Officer of Bankservice from 2008 to 2010 and CEO of BORICA-BANKSERVICE from 2010 to 2016, Aleksandar Stanev, Executive Director of Bankservice from 2008 to 2010 and Procurator of BORICA-BANKSERVICE from 2010 to 2016, Stiliyan Vatev, Member of the Board of the directors of Bankservice and BORICA-BANKSERVICE as representative of UBB, Kalin Hristov, BNB Deputy Governor and Chairperson of the Board of Directors of BORICA AD, Levon Hampartzoumian, Chief Executive Officer of UniCredit Bulbank from 2001 to May 2019 and Deputy Chairperson of the Board of Directors of BORICA AD from 2016 to June 2019, Stoilka Arsova, Head of the National Card Scheme, Anna Angelova, Director Payment Services at BORICA AD and Miroslav Vichev, Chief Executive Officer of BORICA AD from 2016. 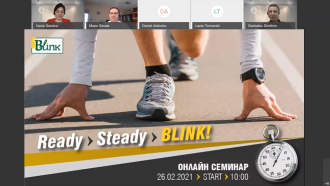 Instant Payments in BGN – in live operation from this spring

The reason is an annual company meeting....

Due to in-house training, BORICA’s sales offices will be closed...