We use "cookies" to facilitate your browsing and to show you content that may interest you. By using this site, you agree to use of cookies.
Back

BORICA with a new name, a new vision and a new market approach 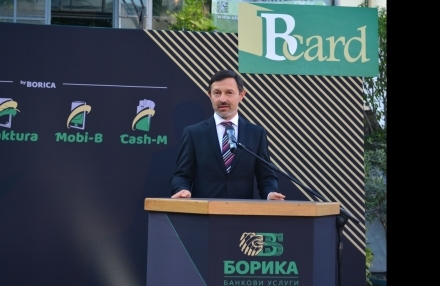 The card and payment operator BORICA has officially launched the National Card Scheme. The company announced its large-scale project, an initiative of the BNB, during a special event that brought together nearly 200 guests – leading figures and experts from the financial sphere. Official guests of the event were the Deputy Governor of the BNB and Chairman of the Board of Directors of BORICA – Kalin Hristov and the Chairman of the Association of Banks in Bulgaria (ABB) – Petar Andronov.

The focus of the event was the presentation of the new corporate identity of the company, which, almost eight years after the merger of BORICA AD and Bankservice AD, accepted the legal name BORICA AD. Miroslav Vichev, Chief Executive Officer of the company, presented the new business strategy and the new market approach of BORICA, where the technological innovations and the relations with the shareholders and the clients of the company are leading. They are also the basis for the overall rebranding of the company, which aims at achieving synergy between the different products and services, offered by BORICA.

“I believe that the modernization and expansion of the spectrum of electronic services are the right way to our clients – corporate and end users,” said Mr. Vichev. During the event, he also presented the new image of the brands: the B-Trust electronic signature, the E-Faktura electronic invoice, the Mobi-B mobile application and the Cash-M – money transfers via ATM.

A key project in the company's new marketing strategy is the implementation of the National Chart Scheme, which is expected to have a positive impact on the economy of the country and to radically change the methods of payment in Bulgaria. Up to now, 27 national card schemes (14 for debit and 13 for credit cards) operate in Europe. In most of these countries, an average of over 120 payment transactions per capita are made each year, while in Bulgaria they are only 11.

The introduction of the National Chart Scheme is one of the key factors for increasing the number of payment transactions in Bulgaria and changing the ratio between ATM and POS payments, which is currently 56:44 for Bulgaria and 19:81 in favor of POS in Europe. This is the main purpose of the scheme - migration of cash and paper to digital channels through the development of new electronic services in the public and private sectors.

The Bulgarian card is branded with the Bcard logo. The team expects that the card will reach a wide range of users and merchants at extremely cost-effective economic conditions. At the end of July 2017, 100% of the ATMs and 85% of the POS terminals in Bulgaria will be technically ready to accept Bcard. “One card - many payment locations in Bulgaria” – in this way Mrs. Stoilka Arsova, Head of the National Card Scheme briefly described the new card. With Bcard clients will be able to make tax payments, as well as pay for electronic vouchers, transportation, vending machines, etc.

During the event were provided certificates to the institutions that accept and issue the national Bcard card.

This partnership allows the SoftPoS company to bring its innovative technology to financial institutions across Bulgaria - enabling banking... 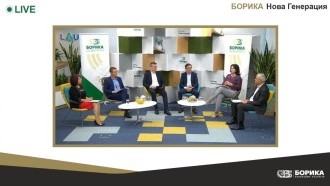 New digital card services and first implementations in the country announced by BORICA during an online seminar under BORICA’s New Generation Programme.

The seminar was attended by experts from various departments of the Company, as well as representatives of partners - Bulgarian-American Credit Bank and Postbank. 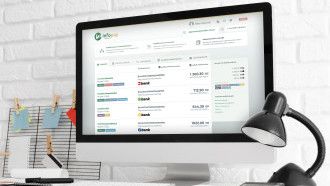 Business users monitor all their bank accounts on a single platform

The service is suitable for owners, managers, accountants and others for whom it is important to receive timely and summarized information about company funds...